Yesterday the Denver Post reported that an Airbus A320 had been forced to make an emergency landing after being damaged by hail. Once safely on the ground, the passengers saw that the hail had, according to the reporter, “cracked the front windshield and punched the nose cone.”

In 1938, Egmont Rett of the Santa Barbara Museum of Natural History described a case of California condors not being as fortunate as that airliner. Rangers searching for a possible lightning-caused fire encountered 2 dead condors. At the scene, “[h]ailstones as large as walnuts still lay two feet deep in the gullies.” 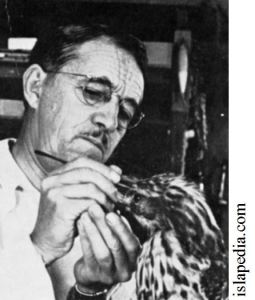 The circumstances surrounding the discovery of the birds and the condition of their bodies suggest that … they were beaten down by the driving hailstones and killed when they struck the ground.

Rett concluded his report with this noteworthy statement of concern:

There are estimated to be between 40 and 50 California Condors now in existence and they are distributed over a comparatively small area. Had the hailstorm covered this entire area, it is conceivable that the California Condor might have been practically exterminated. Drastic weather conditions may thus be a considerable factor in the extermination of depleted or localized species.

Gardali, Thomas, and others. A climate change vulnerability assessment of California’s at-risk birds. PLoS ONE. March 2012.