All of the illustrations here are worthy of inspection and contemplation. Most include at least some elements of condor habitat, habitat that is worth noting.

The illustrations are presented in chronological order followed by the name of the artist and book where the illustration appeared.

Artist: Charles Fracé. Book: Caras, Roger A. Source of the thunder: the biography of a California condor. Little, Brown. 1970. 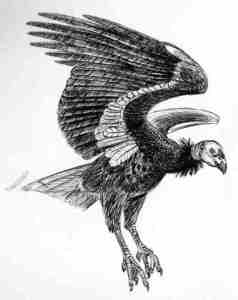 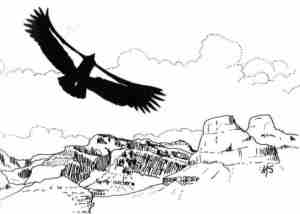 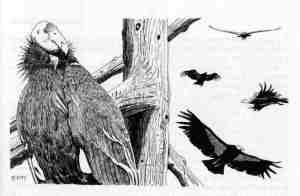 These are all excellent images, each conveying a sense of the California condor as a living organism that exhibits complex behaviors and has a sense of itself.