What is the name for the images in books that mark beginnings of chapters, fill blank spaces at the end of chapters, or appear in the margins?

A couple minutes of research turned up the terms embellishment, flourish, and ornament. I also learned that these images are part of the art program for a book.

What I will call embellishments are found in both fiction and non-fiction books. In this post, I present examples of condors as embellishments from 6 books.

Starting with non-fiction, here is an image that appears at the start of every chapter: 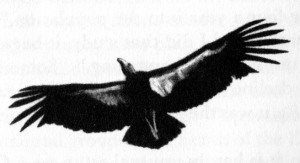 Artist: Uncredited. Source: Darlington, David. In condor country: a portrait of a landscape, its denizens, and its defenders. Henry Holt. 1991.

The next 3 examples are from novels for younger readers. Here is another image found on the first page of every chapter:

This image both begins chapters and appears at the bottom of every page, next to the page number: 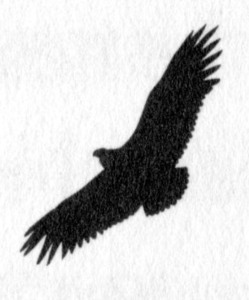 Cartoon-like illustrations appear throughout this next book. This image is likely intended to represent the California condor, which features prominently in the book:

The last 2 books with condor embellishments are novels for adults. This image from the first page of every chapter looks like an Andean condor, even though the book’s plot involves the California condor:

These illustrations appear at the start of chapters, in the blank spaces at the end of chapters, and in the margins. And they appear multiple times in each location. One of the 3 illustrations is seen in 3 different sizes, 1 of which is a mirror image of the other 2.

When you read books (and magazines), don’t neglect the art program, which enhances the words on the page or screen (especially when the embellishments show California condors).

Addendum: After drafting this post I happened across this embellishment from a magazine article about California condors:

This final image is of a thunderbird. In a future post I will consider the history of referring to the California condor as the thunderbird of Native American folklore.