For this post, I show a diverse set of black & white photos of the California condor. 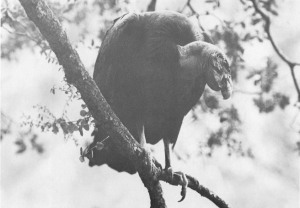 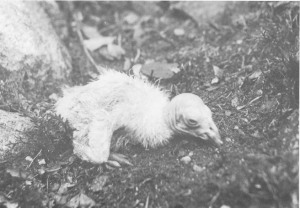 The blurry condor in this photo reflects the limits of photography in the early 20th century: 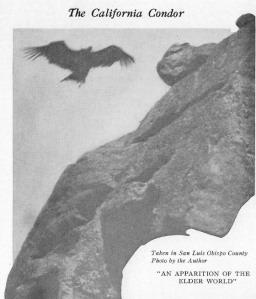 There is no explanation of this photo in the book from which it comes: 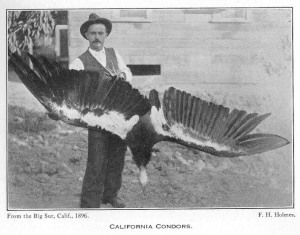 This next photo is from a German-language book and credited simply to “Bent”. The photo appears in A. C. Bent’s Life Histories …, cited above, with the photographer credit given below.

Here is a fine photo of a soaring condor without wing tags:

This “studio” portrait was taken at the Los Angeles Zoo:

And another beautiful portrait by these same photographers:

Finally, a pair of photos found after the rest of this post was assembled:

Photographer: Nina Leen. Source: Leen, Nina. 1973. And then there were none: America’s vanishing wildlife. Holt, Rinehart and Winston.