People may experience birds in the wild, in zoos, in museums, in art, and in words. But surely it is photographs that have the most impact on the most people.

Here are a variety of photographs of the California condor. The details follow each photo.

This 1st photo is captioned “The condor is a spectacular bird”: 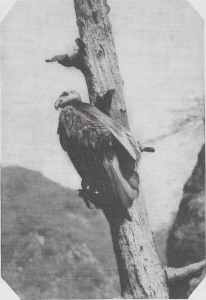 No bird here, but this is where condors live:

An elegant bird in the wild: 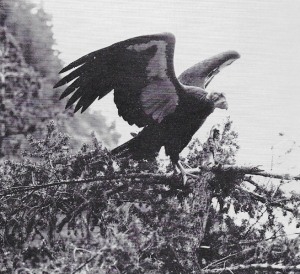 The condor Topa Topa at the Los Angeles Zoo: 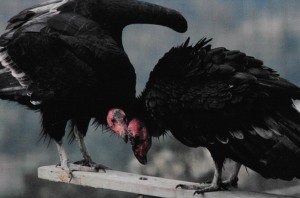 Look for the condor at the top of the tree:

Despite having been netted, this bird retains its dignity:

A fantastic shot of a condor preparing to land: 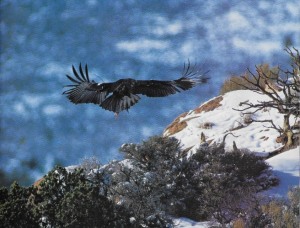 Photographer: Glenn Oakley. Source: Wheelwright, Jeff. Condors: back from the brink. Smithsonian. May 1997.

A fully-instrumented juvenile in flight: 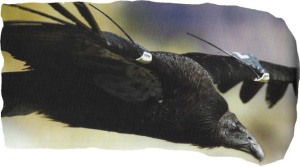 What did the above 10 photos convey to you about the California condor?