Does it seem odd that the editors of a journal named Osprey would criticize ornithological publications for adopting the names of birds? How many journals have been named after the California condor?

In “Names of Magazines”, which appeared in the May 1901 issue of Osprey, the editors wrote:

A peculiar style for uninomial ornithological journals was early inaugurated. The name of a bird – Rhea – was selected as far back as 1846, for a periodical devoted to ornithology … There was some reason for taking the name of a bird … But the principle was liable to abuse, and, in fact, has been flagrantly abused. We need not mention any of them except our own magazine … What is there in the Osprey that its name should be tacked on to a magazine? Nothing whatever! There is no aptness and nothing suggestive. The system is a bad one calculated to bring ridicule on the science and should no longer be continued.

In their issue for July-August 1901, the editors of Condor concurred (with tongues in cheeks):

This is a conclusion which every thinking person must have evolved who has endeavored to solve the relationship of Plautus impennis … or of our western Gymnogyps – proud and majestic though he may be – to the various magazines bearing these birds’ common and more euphonious cognomens. The association of any of these names with the magazines bearing them suggests nothing, and this being an age of progression, we shall expect to see our contemporary adopt its own sensible advice and head the reform movement.

I have filed the above controversy under “small fish that were never fried”. But this debate does provide an opportunity to note journals and magazines named after birds that have published information about the California condor.

Please note that I have excluded Birds of Prey Bulletin, Vulture News, and the like. I consider only those periodicals that have adopted the peculiar uninomial style.

Deserving special mention is California Condor (not to be confused with the Cooper Ornithological Club’s journal Condor):

Below are issue covers from my library: 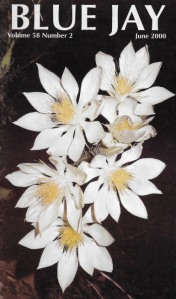 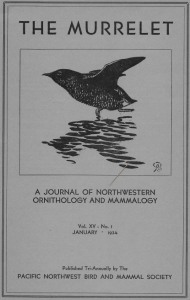 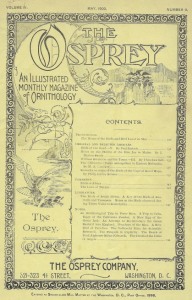 Previous posts to this blog have referred to these periodicals:

Items that at least mention the California condor have also appeared in these publications: