Many organizations and events include images of the California condor in their logos. This post offers a selection, all gleaned from the web.

It is hardly surprising that Friends of California Condors Wild and Free, an important non-governmental organization, incorporates the condor in its logo:

The same goes for the Audubon chapter in Ventura, California:

And for the California Chaparral Institute:

The logo for the Western Section of the Wildlife Society puts the condor at its center: 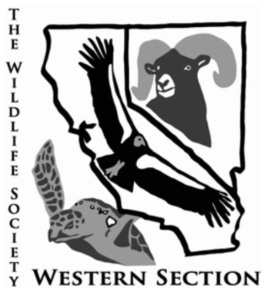 The Wildlife Society’s Western Section publishes a journal titled Western Wildlife that features a stylized condor on its logo:

Southwestern California’s version of the Appalachian Trail, the Condor Trail, is marked with this logo:

A massive collection of photos by Tim Huntington, many of which show California condors, may be found at webnectar.com, a site that is identified by this logo:

I saw this next logo on a t-shirt:

I stumbled across this proposed logo by Jocelyn Shaver for a planned symposium in Arizona:

Sometimes California condors appear on logos that having nothing to do with birds:

Finally, here is part of the logo for the firm Condor Law (make of it what you will):

Except as noted, no artists credits were found for the logos above.

Many other logos incorporating or concerning the California condor have appeared in previous posts to this blog.