Having looked at 1000s of images of California condors, I have started to recognize “poses” of the great bird that seem more common than others.

I am just beginning to explore whether this is true, why some poses might be favored, and what it might mean that particular poses are preferred.

In this post, I share some of my initial look into these questions by showing examples of one notable pose.

The image that started my recent thinking about common poses is this one: 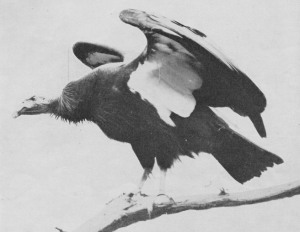 The photo above appeared in “The Passing of the California Condor” by William L Finley and Irene Finley. This article was published in the August 1926 issue of Nature Magazine.

H T Bohlman and W L Finley share the credit for the photo that, I expect, dates to the 1st decade of the 20th century.

The pose, or posture, of the condor in Bohlman and Finley’s photo is one that I associate with a large bird working to balance itself on a perch. But I leave it to those more knowledgable than me to explain this.

Below are 11 more images of California condors in similar poses, from throughout the 20th century. All of the images previously appeared in posts to this blog. So, instead of providing details about the images here, I simply provide a link to the associated blog post below each image. Please follow that link for more information about any of the images. 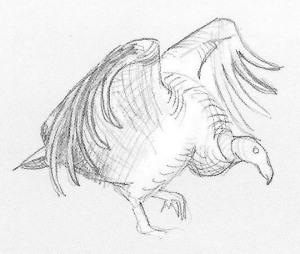 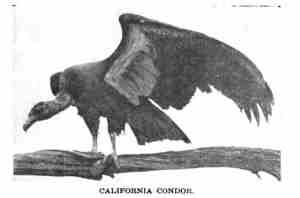 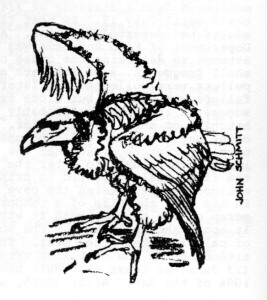 I will consider more classic poses of the California condor in future posts.